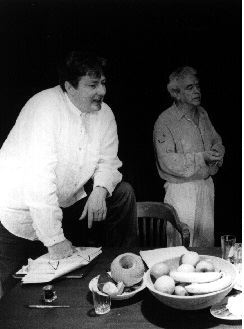 Company founded by Jean-Pierre Ronfard, Robert Gravel, Anne-Marie Provencher and Robert Claing in 1979 in Montreal, Quebec. It was an offshoot of the Théâtre Expérimental de Montréal (founded in 1975 by Ronfard, Gravel and Pol Pelletier).

Both versions of the company were created to experiment with form and text and to present theatre that could not then be seen in any other venue in the city. All of the founders and several others wrote, acted, directed and above all improvised.

Though the company has sometimes been accused of lack of focus, its output never ceases to provoke discussion and debate about the definition of theatre.

Among the artists who have worked there are Alexis Martin, Guylaine Tremblay and Roger Léger.