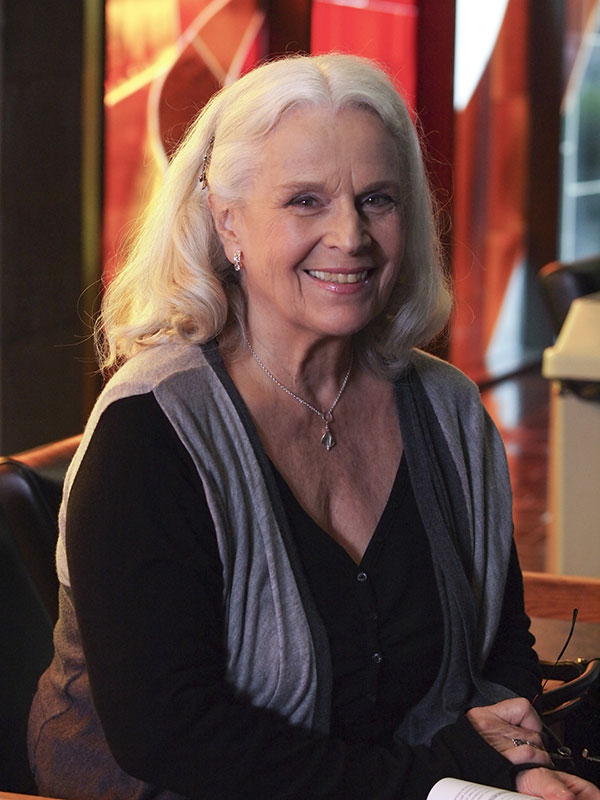 Quebec-based actor, born March 17, 1940, who has been performing in theatre from the age of 17. She has also acted extensively on film and television from 1957 to 2019, notably in the long-running series, Yamaska.

Patricia Nolin has worked with many of Canada's top directors in most of Quebec's major venues. In 1988, she received the award for best actress from the Association québécoise des critiques de théâtre for her performance in La Musica deuxième directed by Daniel Roussel. She also seduced the critical community with her performance as Olga Knipper-Chekhova in Tchékhov Tchékhova at Théâtre du Rideau Vert in 1996. Other fondly remembered performances were in Arthur Miller's Le Prix/The Price and Chekhov's Ivanov (both with Compagnie Jean-Duceppe).

Critics and audiences were unanimous in praise for her beautifully detailed performance as Maria Callas in Terrence McNally's Masterclass, translated by Michel Tremblay as Les leçons de Maria Callas, and directed by Denise Filiatrault in 1996. Nolin was endearing, embattled and elegantly bitter as the diva. In January 2001, she appeared in the Théâtre du Nouveau Monde world premiere of Robert Lalonde's Monsieur Bovary. One of her favourite roles is that of Molly Bloom in James Joyce's Ulysses, reciting the monologue at the end of the novel.

Patricia Nolin and Gilbert Sicotte on the poster for Tchékhov Tchékhova

She has been a teacher at the Conservatoire d'art dramatique de Montréal since 1987.