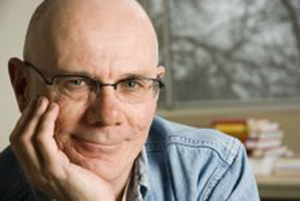 Playwright and novelist, born in Shediac, New Brunswick in 1951, and based in Nova Scotia.

He has been writer-in-residence at Tarragon Theatre, the University of New Brunswick, Canadian Stage, University of Alberta Drama Department, and has taught playwriting across the country.

In 2011, The Cave Painter, a monologue about a woman painter struggling with the inevitable losses incurred in old age premiered at the University of Alberta's DramaLab (dir. Kim McCaw). Hannah was awarded a Carol Bolt Award for The Cave Painter in 2012.

He has also won the Chalmers Award for The Wedding Script (Tarragon Theatre, 1986, directed by Andy McKim).

A collection of his plays, entitled Shoreline: Three Plays, was published in 1999. The Woodcutter and The Cave Painter were published in a double edition by Playwrights Canada Press in 2013.

His novels are Ragged Islands (Knopf Canada 2008), and The Wise and Foolish Virgins (Vintage 1998).