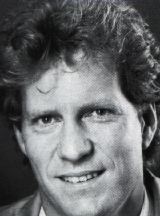 Ontario-based actor, Geoffrey Bowes is a graduate of the National Theatre School of Canada. He has performed on stages across Canada, including the Stratford Festival (The Country Wife, 1995); Theatre Calgary; Shaw Festival; Canadian Stage (Picasso at the Lapin Agile 2001); and Theatre New Brunswick.

Among the important Canadian plays in which he has been featured are the premieres of Erika Ritter's Automatic Pilot; George F. Walker's Zastrozzi and Gossip; and David Fennario's Toronto.

After twenty-five years as an actor, Geoff Bowes opened his own construction company and renovated houses. In 2018 he published a humorous account of his unbelievable experiences as a carpenter in people's homes, Open Up the Wall. He lives on a farm in Markdale, Ontario with his wife.