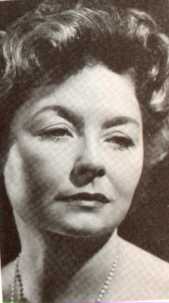 Theatre entrepreneur and creator of La Poudrière Theatre in Montreal, Quebec. Born in Arvida, Quebec in c.1923; died in 2016 at the age of 96.

Jeanine Beaubien began to work in theatre in Arvida at 21 when her husband urged her to create a theatre to entertain the miners. After moving to Quebec City, she founded a company there as well.

When she and her husband relocated to Montreal, she took ten years to raise her family of four children, before she joined Compagnons de Saint-Laurent. From there she went to work in summer theatre before finding the 1822 powder magazine in Montreal that would house her company for over twenty years. The company performed plays in French, English, German and Spanish from 1958 to 1982.

Beaubien was a citizenship court judge, a member of the Order of Canada, and the first Canadian member of the Royal Society of the Arts in London (inducted 1966). She published her memoirs of her La Poudrière days in 2000.