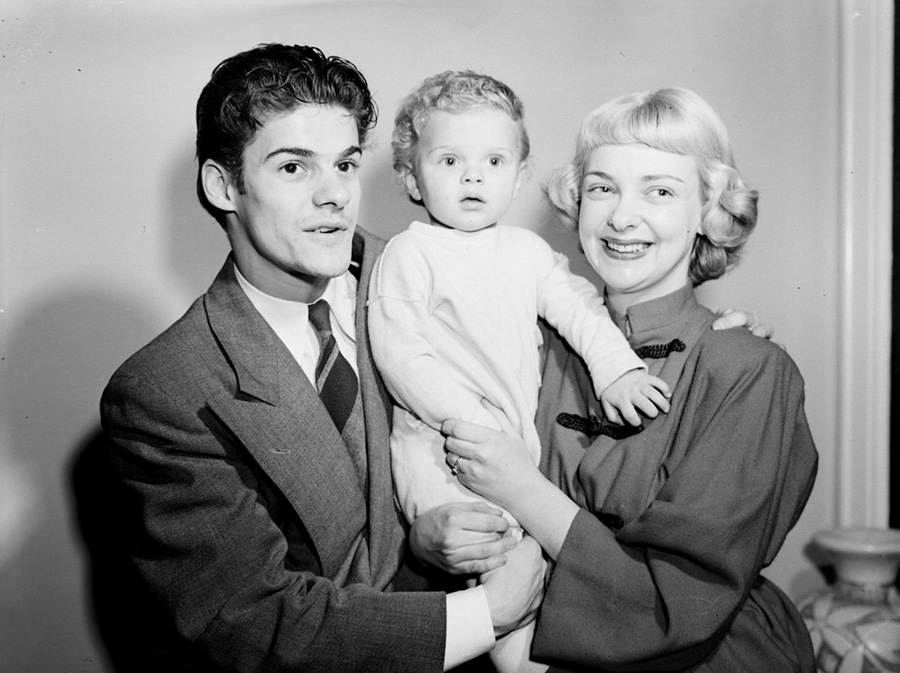 Robert Gadouas with his first wife Marjolaine Hébert, and their son Daniel Gadouas

Having a resonant voice, he began his career in radio, then as designer for Théâtre du Nouveau Monde in its first year before he became one of Quebec's favourite stage and television stars.

Among many productions in which he starred were Une Nuit d'amour, Caligula (which he also directed for Théâtre-Club), La légende aux étoiles and La paix du Dimanche.

His career began to flounder after he took a long hiatus in Paris with actor Andrée Lachapelle, with whom he had three children, including actor Nathalie Gadouas.

With his first wife, Marjolaine Hébert, he was the father of actor Daniel Gadouas.