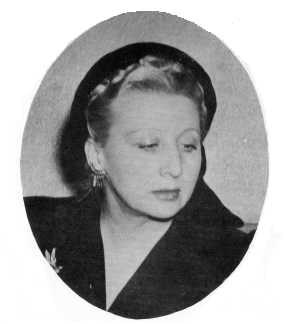 In 1923, she won a Quebec government grant to study in Paris, followed by tours with the Comédie-Francaise, and other companies throughout Europe, Asia, and North America. In 1930, she returned to Montreal to work with Fred Barry's company. She subsequently appeared at theatres across the province, but was particularly popular with the Théâtre du Rideau Vert audience, notably appearing in La Brune que voilà (1961), La Guerre de Troie n'aura pas lieu (1964), and with her sister in Assassins associés (1966).

She also performed in L'Avare/The Miser at Théâtre du Nouveau Monde in 1953.