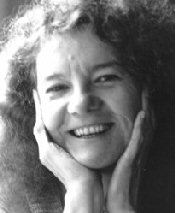 In 1945 three war-brides, one from England, one from Scotland and the third from Italy, travel to Canada. We see what becomes of the women and how their lives are interwoven; Canada seen through the eyes of outsiders (Hollingsworth herself was born in England). The structure is non-linear.

The critics were divided on the play. Bob Allen, of the Vancouver Province, wrote, "Margaret Hollingsworth has been called a 'playwright of potential'...That potential has now matured, and as a result, Victoria's Belfry Theatre has a significant show on its hands." However, Maureen Peterson of the Montreal Gazette, wrote on the play's Montreal production, "Six talented performers...poured their considerable talent down the drain...The problem is that Margaret Hollingsworth never finished Ever Loving."