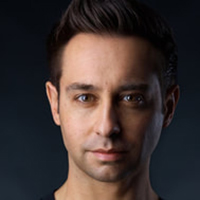 Edmonton-based actor, writer and director, Farren Timoteo grew up in Jasper, Alberta, the grandson of Italian immigrants. His father, Luigi, is a self-taught singer and songwriter.

He became the Artistic Director of Alberta Opera in 2006 the age of 23, and has since written and directed productions for the company, including Little Red Riding Hood, Pinocchio, Sleeping Beauty, Aladdin, Rumpelstiltskin, The Steadfast Tin Soldier and Hansel and Gretel. Alberta Opera has toured its productions throughout Alberta, reaching more than 100 schools.

Other directing credits include Songs for a New World (2005), and Stravinskys The Soldiers Tale (2018) at the Edmonton Fringe Festival; Buddy: The Buddy Holly Story (Co-director) and The 25th Annual Putnam County Spelling Bee for the Mayfield Theatre; Everybody Goes to Mitzis and The Infinite Shiver for Teatro La Quindicina (for which he also wrote the lyrics); Pippin and Crazy for You (Assistant Director) at the Citadel Theatre; HMS Pinafore and Don Giovanni (Assistant Director) at Edmonton Opera; and The Light in the Piazza for MacEwan University.

Acting credits include Shakespeare in Love, Peter and the Starcatcher, Alice Through the Looking Glass, Make Mine Love, and Monty Pythons Spamalot for the Citadel Theatre; Made in Italy for Western Canada Theatre Company; The Light in the Piazza for Theatre Calgary; As You Like It and Coriolanus for Free Will Players; Marvellous Pilgrims, The Scent of Compulsion and A Rocky Night for His Nibs for Teatro La Quindicina; Waiting for Godot for Wishbone Theatre; and Little Shop of Horrors, Gentlemen Prefer Blondes and Footloose for the Mayfield Theatre.

In 2016, his solo show, Made in Italy, premiered at Western Canada Theatre (dir. Daryl Cloran), a humorous recollection of growing up in an Italian family in Jasper, where he was a cultural aberration, and defended himself by taking on the persona of Rocky Balboa. Timoteo has since performed Made in Italy across Canada, including at the Arts Club Theatre, Citadel Theatre (2017), the Manitoba Theatre Centre (2018-19 season), and at Theatre Aquarius (2022).

Timoteo has received two Elizabeth Sterling Haynes Awards: for his performance in Monty Pythons Spamalot and for his direction of Pinocchio. In 2015, he was included in Avenue Magazines prestigious list of Edmontons Top 40 Under 40, in recognition of his artistic contributions to the city.

He teaches at MacEwan University in Edmonton. With his partner, Patricia Zentilli, he has one son, Leonardo.