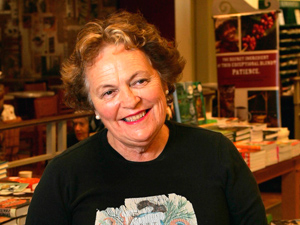 Formidable theatre and restaurant critic, born April 5, 1938 in London, England; died of cancer July 18, 2013 in Toronto. During her eight-year tenure on the Toronto Star, her reviews could make or break a new Canadian play. According to theatre scholar Alan Filewod, To her admirers, she was a passionate iconoclast who challenged orthodoxies and championed the need for Canadian theatre to wean itself from public funding and adapt to changing economic and social conditions  Her detractors, however, characterized Mallet as a hostile opponent of Canadian theatre with an ideological bias in favour of commercial show business, more interested in New York than Toronto (Establishing Our Boundaries 376). Buddies in Bad Times initiating an annual 'Gina Mallet Award' for 'cruelty to the arts in Canada.' The first recipient of the award was Mallet herself. Peter Hutt described her as acerbic, astute and often personal. Her obituary in The Globe and Mail is also a mixed review: Talented, highly opinionated and known for her outspoken views, she was never concerned over ruffling the feathers of an on-stage ego  (27 July 13: S12).

Gina Mallets American mother, Isabelle Mallet (née McDonough) wrote radio plays and book reviews, and her English father was a Royal Navy officer who became a company director of an upscale chain of hotels. She attended Langford Grove, a boarding school which encouraged students to see French films and opera rehearsals, followed by two years at the Royal Academy of Dramatic Arts. After moving to New York, she was hired by Time magazine as a second string drama critic. In 1976 she was recruited by the Toronto Star as the successor to Urjo Kareda, a strong supporter of the Canadian works developed in Torontos alternative and experimental theatre. Mallet believed that she was following in the footsteps of Nathan Cohen, with an exacting standard for Canadian theatre, which she believed should not be coddled, but challenged. She believed that nationalistic sentiments were poor excuses for mediocrity.

Mallet believed that theatre should connect with society; but she was unsympathetic to ideological and political drama, preferring works that evoked strong emotions. She adopted a populist perspective, rather than posing as an authority. Although she prided herself on her honesty, her bluntness sometimes bordered on vindictiveness. She was particularly scathing in her review of the Tarragon Theatre production of White Biting Dog by Judith Thompson, a play that won the Governor Generals Award. Her favorite Canadian play was Jitters by David French, which she believed had a chance at commercial success. Although typically supportive of Stratford Festival productions under the artistic direction of Robin Phillips, she was critical of a homosexual sensibility which marginalized the roles of women.