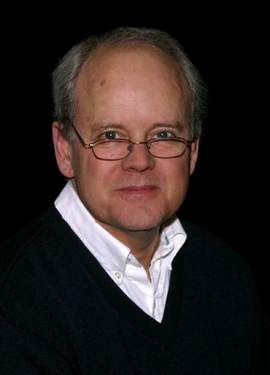 Actor, director, and educator, born in 1946. Gregory Wanless is the founder of the Thousand Islands Playhouse in Gananoque, Ontario.

He studied at the National Theatre School of Canada, graduating in 1972, before performing in several of the major houses across the country including at Festival Lennoxville, Manitoba Theatre Centre, Neptune Theatre, Theatre New Brunswick, on television and in radio.

He also performed with the Stratford Festival from 1976-1980 in The Merchant of Venice, Antony and Cleopatra, Romeo and Juliet, Macbeth, The Devils, Julius Caesar, Love's Labor's Lost, Richard II, The Beggar's Opera, King Lear (among others). For King Lear he also served as assistant to the director.

In 1982, he completed a degree at Queen's University and founded the Playhouse which he has managed until 2012, directing over forty plays, including A Comedy of Errors, Man of La Mancha, Anne of Green Gables, Dracula (2001) and Trying (2005) by Joanna McClelland Glass. In 1999 he directed The Prime of Miss Jean Brodie for Centaur Theatre. In 2017, he directed Concord Floral by Jordan Tannahill for Theatre Kingston in collaboration with the Dan School of Drama and Music, Queen's University, at the Isobel Theatre Centre for the Performing Arts.

Gregory Wanless has taught at Queen's University since 1982, and directed many productions for the drama department, included Blood Relations in 2013. He is married to Kathryn MacKay and they have two sons.