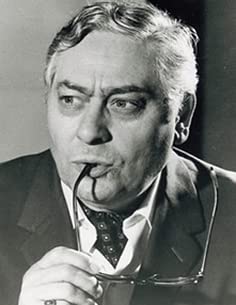 After working with Compagnons de Saint-Laurent, he helped found the Théâtre du Nouveau Monde/TNM, where he acted and directed until his death, notably in many of the works of Molière. He appeared in the celebrated Michael Langham production of Shakespeare's Henry V, at the Stratford Festival in 1956, in which francophones played the French.

His performances were marked by a huge presence, a fine voice, and a compelling amiability.