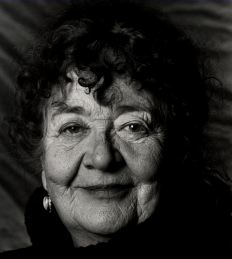 Actor born Joan Travell in 1923 in London England, one of the most accomplished presences on the Canadian stage. She died October 2009 at the age of 85.

She immigrated to Canada after the Second World War, and began performing on stage in her 40s. She has undertaken lead roles on most of the major stages in Canada including Centaur Theatre (Juno and the Paycock, People Are Living There, Stone Angel, Road to Mecca, Albertine, en cinq temps, and La Sagouine); the National Arts Centre (Waiting for the Parade, Mother Courage, Ghosts); Neptune Theatre (Forever Yours, Marie-Lou, Memories of You); Canadian Stage (Odd Jobs); Belfry Theatre (The Magnificent Voyage of Emily Carr, If We Are Women); Tarragon Theatre (Mrs. Klein); Theatre Calgary (Transit of Venus); the Shaw Festival (Mrs. Warren's Profession, Hedda Gabler); and Manitoba Theatre Centre ('Night Mother).

Joan Orenstein also performed on television, in film (The Hanging Garden, 1997, for which she won an Atlantic Canada Award and a Genie), on radio, and in the recording industry.

Her performances were totally engaging and electric. Although she was only five feet seven inches tall, she commanded the stage when she was acting. She was beloved of many of her directors who have worked with her again and again.

In an interview with the CBC in 2001, she explained about her acting: "the way I can call out to people is in the work I do so I've done a lot of that kind of thing. I've done Courage, I've done Emily Carr  a lot of strong women who have battled against the elements."

Joan Orenstein was married to Harry Orenstein, a CBC producer, and had five daughters, the youngest of whom, Sarah Orenstein, is also an accomplished actor. Mother and daughter appeared together in Mrs Klein and Song of this Place by Joy Coghill at the Vancouver East Cultural Centre. In 2006, at the age of 83, she lost her sight in an accident, but retained her determination to work.