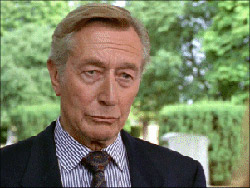 Actor/director born in London, England in 1925, died November 19, 2011 in Toronto at the age of 86. He studied theatre at the Royal Academy of Dramatic Art, and enjoyed a solid career on the British stage, including the lead role in Hamlet at the Old Vic in 1957, and a stint as artistic director of Nottingham Playhouse, where he oversaw the construction of a new theatre.

He came to Canada in 1972 for the tour of an ill-fated musical version of Lolita, and was invited to direct a production of Sheridan's The Rivals at the National Arts Centre. Subsequently, Edmonton producer Joseph Harvey Shoctor invited Neville to be artistic director of the Citadel Theatre (1973-78). During his time there, he oversaw the construction of a new theatre complex. He became a Canadian citizen and champion of Canadian drama, directing Michel Tremblay's Hosanna at the Citadel himself. He also encouraged young Western Canadian actors such as Brent Carver and Tom Wood by giving them major roles on the Citadel main stage.

He then moved to Halifax as artistic director of the Neptune Theatre (1978-83). He improved local support for the house and drew in big-ticket talent to improve the revenues of the theatre.

In 1983 he appeared at the Stratford Festival in Shakespeare's Love's Labour's Lost and seduced the critics. In 1985 he succeeded John Hirsch as the Stratford's artistic director and was so successful at restoring the ailing company that his contract was extended to the end of the 1989 season. He eliminated the company's massive deficit but was criticized for the way he did it: staging musicals in the "sacred" Festival Theatre. But he also brought to the main stage the lesser-known works of Shakespeare and the challenging works of Bertolt Brecht, most notably Mother Courage with Susan Wright in 1987. 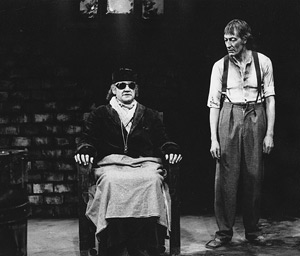 As an actor, he had an elegant and assured stage presence. He had a particular penchant for the works of Samuel Beckett. During his directorial tenure at the Citadel Theatre, he played in Endgame (1976) and Happy Days (with Peggy Ashcroft). In April, 2000, he appeared in the double-bill, Footfalls/Krapp's Last Tape, at the duMaurier World Stage Festival, subsequently revived in June by Soulpepper Theatre Company. Later in summer, 2000, he appeared in Soulpepper's production of Twelfth Night.

He also performed many film and television roles, including the title role in The Adventures of Baron Munchausen in his early sixties, and a recurring role in The X-Files.