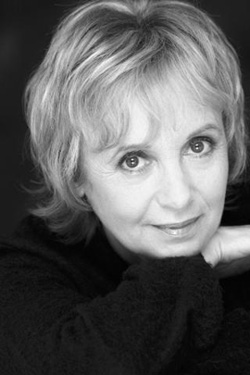 Quebec-based actor, born October 5, 1944 in Montreal. Louise Turcot graduated from Conservatoire dart dramatique de Montréal in 1965, and has enjoyed an extraordinary five-decade career on stage, in film, and television.

In 2000, she performed in the Théâtre de Quat'Sous production of Wajdi Mouawad's Rêves (April, 2000), and in the premiere of François Archambault's La Nostalgie du paradis. In 2006, she played an English professor, dying of cancer in Wit, for which she won a Masques Award. In April 2020, Louise Turcot was again engaged to perform at Théâtre de QuatSous in À quelle heure on meurt, a collage of end-of-life vignettes by Réjean Ducharme, with her husband of twenty-seven years, Gilles Renaud. The production was cancelled when theatres in Quebec and across Canada were closed because of the Covid-19 pandemic.

Her performances are marked by a huge presence and a magnificent, well-trained voice.

She has taught theatre at CEGEP Lionel-Groulx, and written two novels and five works for young people. In 2019, she published an autobiographical account of her career: Lettres à une jeune comédienne.