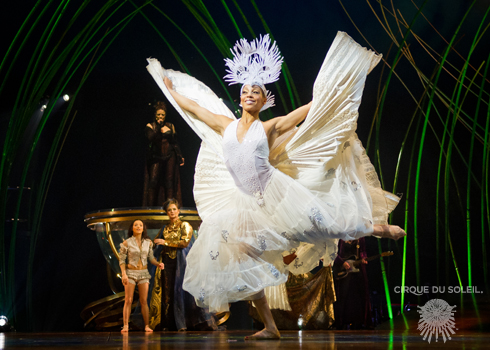 One of the top costume designers in Canada, based in Montreal, Mérédith Caron has been in the profession for more than thirty years and has designed over two hundred productions -- from two-person plays to operas to Cirque du Soleil extravaganzas.

She is a graduate of the National Theatre School of Canada. In 1978 she spent a year in Venice, studying Italian and photography.

She has collaborated with many of Canada's great directors (Denise Filiatrault for Michel Tremblay's Demain matin, Montréal m'attend; André Brassard for a visually awesome production of Pirandello's Six personnages en quête d'auteur/Six Characters in Search of an Author;René Richard Cyr for Molière's L'École des Femmes; Robert Lepage for Shakespeare's Othello and Songe d'une nuit d'été/Midsummer Night's Dream; Martine Beaulne for Roméo et Juliette); Richard Monette for Molière's The Miser, and for the lavish The Three Musketeers at the Stratford Festival. She also designed the costumes for the Quat'Sous presentation of four of the six Suburban Motel plays by George F. Walker (1998-2000); and the TNM production of Dom Juan (November, 2000).

Her designs are marked by a heightened sense of period and persona.

She has won many awards for her work, including two Masques Awards.

See https://www.agencegoodwin.com/artistes/meredith-caron for a complete list of her recent work.