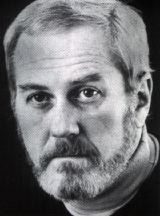 Actor/director born in Kingston, Ontario, February 1, 1946 into an air force family; died in Stratford, Ontario, October 24, 2000. Though he did some acting in his childhood, he became deeply involved in theatre while at Queen's University. He went on to study at the National Theatre School of Canada.

Michael Mawson also worked at the Stratford Festival as the director of theatre training and as an actor (Romeo and Juliet, Amadeus, The Merry Wives of Windsor, Twelfth Night, A Midsummer Night's Dream among others). He also taught at the National Theatre School of Canada and the University of Windsor.

Actor Ted Dykstra said of him, "If you think of six degrees of Kevin Bacon, it's one degree of Michael Mawson. You go to any show in Canada, and he's there in some capacity by one degree. And true to people of great magnitude, he never sought a reputation. Quite the contrary. He's almost the only teacher I've ever had who influenced me as an actor."

Viewings: Behind the Scenes at the National Theatre School, dir. Luc Bourdon, Groupe Mediavision Inc., 1997 in which Mawson speaks of directing Shakespeare.