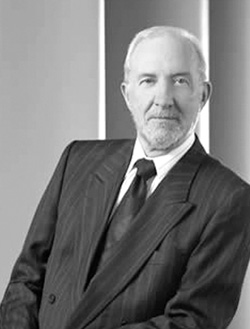 Director, and artistic director of major theatres across Canada, with a penchant for popular American comedies and musicals. Ron Ulrich has a Bachelor of Arts from the University of Saskatchewan and is a graduate of the National Theatre School of Canada.

He was Artistic Director of Halifaxs Neptune Theatre for eight seasons (2000-2008). He re-established the company as an integral part of the community, brought its subscription base and attendance to the highest levels in its history, and restored fiscal health by eliminating its operating deficit.

Ron Ulrich was Artistic Director of Theatre Aquarius from 2008 to 2020, overseeing its development as a major centre in Canadian theatre. He has directed numerous Aquarius productions, including three of the companys most successful and highest-grossing shows of all time, Tuesdays With Morrie, The Rocky Horror Show and Buddy: The Buddy Holly Story.

He has won the Canada Council, Theatre Ontario, and Saskatchewan Arts Awards.