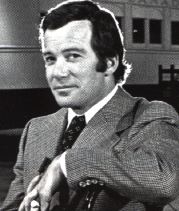 Actor born in Montreal, Quebec, March 22, 1931 and known internationally for his portrayal as Captain Kirk in the Star Trek TV series and movies.

He was educated at McGill University (the Student Union building is named after him now), and worked with Montreal Repertory Theatre, Canadian Repertory Theatre, and CBC Radio drama. From 1954 to 1956, he acted at the Stratford Festival in Shakespeare's Henry V and the Broadway-bound tour of Marlowe's Tamburlaine the Great.

He now also writes fiction. He has four children. He was married to third wife, former model Nerine Kidd, until her death in 1999. He remarried in February, 2001, to Elizabeth Martin.