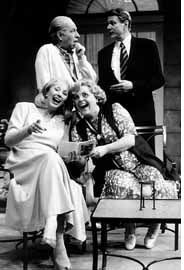 Actor born in Wilkie, Saskatchewan in 1938, very active in film, on stage, and on television. Sheila Moore has received four ACTRA Award nominations.

Her performances are marked by a vivid intelligence and an elegant presence.