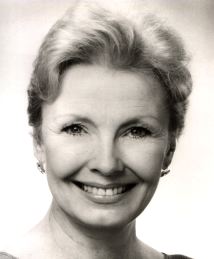 Actor born in England in 1936, a veteran of the West End and Broadway, since her arrival in Canada she has performed in many of the country's major venues.

Ms Shepherd is a lovely and graceful performer who has played leads at the Stratford and Shaw Festival as well as in The Cherry Orchard, Tartuffe and a solo performance in Immediate Family.

She has performed often in Montreal at Centaur Theatre (Old Times, Kennedy's Children, The Seagull, A Streetcar Named Desire) and Saidye Bronfman Centre (Passion Play). In 1998 she appeared in Diane Cave's The Breakdown for Carpe Diem Theatre in Toronto and, in March, 2000, in Buddies in Bad Times' production of The Water Crawlers. In April, 2000, she appeared in the double-bill, Footfalls/Krapp's Last Tape, at the duMaurier World Stage Festival and in September of the same year in the Vancouver Playhouse production of Michel Marc Bouchard's The Coronation Voyage directed by Marti Maraden. In October, 2001, she appeared in the Citadel Theatre production of Cabaret (Frau Schneider). February through April, 2002, she appeared in Great Expectations {Miss Havisham} at the Derby Theater, Derby, England and at the Walnut Street Theater in Philadelphia. Sept/Oct 2002 took her to Stratford's Studio Theatre as Lily, in 'Walk Right Up'.

Ms Shepherd has also had an extensive career in television and cinema.