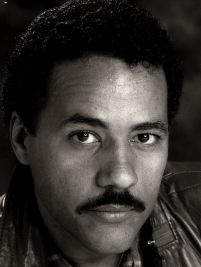 Ontario-based actor who has had a formidable career in cinema, television and on stage. He was born in the Africville neighbourhood of Halifax as one of nine children.

He began his stage career in Montreal with several productions at Centaur Theatre (The River Niger, Prodigals in a Promised Land) and for Black Theatre Workshop (Calabash of Blood, Dance Bongo, Ceremonies in Dark Old Men).

Mr. Sherwood is also an accomplished singer and while singing in night-clubs over ten years, he has also performed in the musicals such as Cabaret and Ain't Misbehavin'.

In 2000, he will be collaborating with Black Theatre Workshop to present his own work, Rockin' at the Paradise.