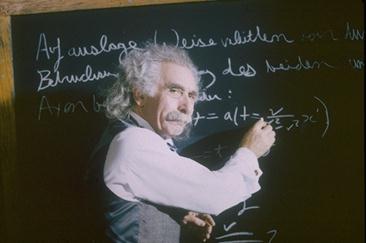 Actor Paul Soles was born and raised in Toronto, the eldest of three children. His mother was a bookkeeper, and his father a traveling salesman of children's clothes. In high school he enjoyed public debating, and was encouraged by his cousin, Canadian broadcaster Bernard Cowan, to consider a media career. After studying psychology at the University of Western Ontario, he worked as a radio announcer, and then as a television news announcer for CFPL from 1953 to 1963. In the 1950s he was also a cast member of the long-running CBC TV show, The Wayne and Shuster Comedy Hour.

As a TV news and current affairs host, Soles anchored CBC's Take 30 for sixteen seasons, with co-hosts Anna Cameron, Adrienne Clarkson, Mary Lou Finlay and Hana Gartner; Canada After Dark; and Beyond Reason. He also played "The Lawbreaker" in the long-running series, This is the Law.

As a stage actor Paul Soles has acted in at least one play a year throughout his career, including Pirandello's Six Characters in Search of an Author (which won the Dominion Drama Festival in 1960); The Diary of Anne Frank for the Young People's Theatre in Toronto in 1977, with Eli Wallach and Kate Reid; Macbeth on Broadway, with Glenda Jackson and Christopher Plummer; as "Nat" in the major Canadian touring production of I'm Not Rappaport; as Shylock in the Stratford Festival's The Merchant of Venice; and as Grandfather in the musical, Ragtime.

His many film and television credits include: Rudolph the Red-Nosed Reindeer (1964); the voice of "Peter Parker" in the original 1967 animated series of Spiderman; Ticket to Heaven (1980); Just the Way You Are (1984); Schindler in Beethoven Lives Upstairs with Neil Munro, Fiona Reid, and Albert Schultz, directed by David Devine (1992); as Einstein in Einstein: Light To The Power of 2, one of a series for young people entitled Inventors Specials, filmed in Toronto and directed by David Devine (1997). He has also acted in The Score with Angela Bassett, Marlon Brando, Bobby Brown, Robert De Niro, and Gary Farmer (2001).

Soles was nominated for a Genie for his role as "Harvey" in the film Falling Over Backwards.