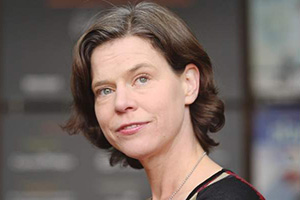 From 1998-2006, Porteous was a dramaturge at Alberta Theatre Projects where she oversaw the development of over thirty new Canadian plays. She was Artistic Director of ATP from 2009 to 2018.

For Alberta Theatre Projects' playRites festival of new works, she directed ten plays, including world premieres of Heartbreaker by Morwyn Brebner and Tyland by Greg MacArthur. In 2014, as A.D of ATP, she discontinued playRites, but has mounted new Canadian works during the regular season. She has directed The Erotic Anguish of Don Juan and Pinocchio with the Old Trout Puppet Workshop, Charlotte's Web, The Red Priest (Eight Ways to Say Goodbye by Mieko Ouchi), You Will Remember Me, Red, Heartbreaker, The Syringa Tree, Why Freud Fainted, Plan B by Michael Healey, Respectable by Ron Chambers, The Hobbit, Proof, The Penelopiad, and Cockroach by Jonathan Garfinkle, based on the novel by Rawi Hage (2016).

She has also worked extensively as a director and dramaturge across the country, directing at the Stratford Festival (Christina, the Girl Queen by Michel Marc Bouchard in 2014, the premiere of Bronte by Jordi Mand in 2018); the Arts Club Theatre (Penelopiad by Margaret Atwood in 2011); Thousand Islands Playhouse (Queen Lear by Eugene Stickland); The Shakespeare Company (When That I Was); Vertigo Theatre (Snake in the Grass by Alan Ayckbourn, 2008); Urban Curvz (Helen's Necklace by Carole Fréchette); Belfry Theatre (Gracie by Joan MacLeod 2017); and Calgary Opera.

Porteous has been awarded the Betty Mitchell Award for Outstanding Direction twice. She is bilingual in English and French, and is a member of Canadian Actors Equity Association and Literary Managers and Dramaturgs of the Americas.