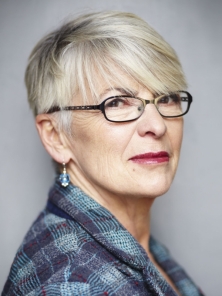 Theatre director born in Versailles France in 1951. Brigitte Haentjens studied in Paris before coming to Canada in 1977. Here, she first worked in collective creation s as writer or director, particularly at Théâtre de la Vieille 17.

In 1982 she became the Artistic Director for the Théâtre du Nouvel-Ontario in Sudbury, holding the post until 1990. Here she worked with some important theatre figures at the beginning of their careers, particularly Michel Marc Bouchard and Jean-Marc Dalpé, whose Le Chien she premiered there and directed several times afterwards.

She became Artistic Director of the Nouvelle Compagnie Théâtrale / Théâtre Denise-Pelletier in 1991, changing this conservative theatre from a school-show production house to a lively place that was featuring the works of Jean-Frédéric Messier and Robert Lepage. In 1994, however, there was a set-to with the board of directors of the company that involved artistic control of the organization. She was summarily dismissed and the dismissal turned into a province-wide debate on the rights of artists to control art. 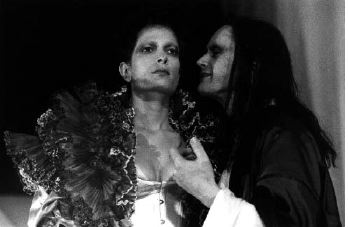 Since then, she has directed at the CEGEP de Ste-Thérèse as well as freelancing in Montreal. Her production of Heiner Müller's Quartett (Espace Go) won the Quebec critics circle award for best production of the 1995-96 season and her 1998 feminist work Je ne sais plus qui je suis, also garnered rave reviews. Her play, Malina, was to have appeared in the 1999 Festival de Théâtre des Amériques (now Festival TransAmériques, but hours before its premiere and after two years of preparation, the work, an adaptation from an Austrian novel, was denied performance rights by the original publishers. It was performed during the 2000/2001 season at Espace Go, instead, where her production of Mademoiselle Julie (May, 2001) also played.

From 1996 to 2006 she was Artistic Co-director for the Carrefour International de Théâtre de Québec. Since 1997 Brigitte Haentjens has also run her own theatre company, Sibyllines, as a vehicle to further explore her artistic approach with greater freedom. A French production of Blasté by Sarah Kane, translated by Jean Marc Dalpé and starring Paul Ahmarani, Céline Bonnier and Roy Dupuis, opened in the spring of 2008. In March, 2015, she directed a Sibyllines production of Richard III (trans. Jean Marc Dalpé) at Théâtre du Nouveau Monde with Sébastien Ricard as Richard. The production relocated to the National Arts Centre in April.

From 2012 to August 2021, Haentjens has been of Artistic Director of French theatre at the National Arts Centre, the first woman to hold that position. During her tenure, the NAC French Theatre has presented several of her works, including Le 20 novembre by Lars Norén (2013); La nuit juste avant les forêts with Sébastien Ricard (2013); Ta douleur, a theatrical choreography with Anne Le Beau and Francis Ducharme (2013); Molly Bloom, inspired by James Joyce's Ulysses (2014); and Shakespeare's Richard III (2015).

Her book, Un regard qui te fracasse: propos sur le théâtre et la mise en scène (A Look that Shatters You) was published by Boréal in 2014. She has written two novels: Une femme comblée (A Fulfilled Woman) and Un jour je te dirai tout (One Day Ill Tell You Everything), published by Boréal in 2017.

In 2000, she received the Capital Critics Circle Award for her production of Marie Stuart, and in 2007 the Siminovitch Prize in Theatre (directing). In 2017, she was awarded a Governor General's Performing Arts Award. In May 2019, she received the title of Compagne des arts et des lettres du Québec.

During her acceptance speech of the Siminovitch Prize, she stated: Theatre has the effect on me of a cut, of a burn, of a punch, of a lash. Theatre stimulates me, upsets me, and can even enrage me. Theatre has always given me the desire to live, to create, to stand up and fight. In short, theatre inspires every feeling in me except that of comfort." (quoted from http://siminovitchprize.com/news_news_27.shtml)