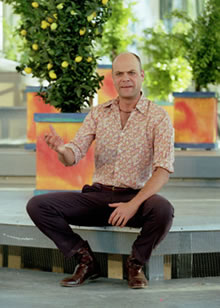 Actor and director, born in Fort St. John, British Columbia. His first experience with acting was in the St. Albert Children's Theatre at the age of 12. John Kirkpatrick received his theatre training at the University of Alberta Drama Department graduating with a BFA in Acting in 1993.

John Kirkpatrick was the Artistic Director of the Free Will Players from 2003 to 2008, and played Hamlet in the 2006 season of the Free Will Shakespeare Festival, Cassio in 2011, and Kent in 2013, as well as many other roles since joining the company in 1998.

In 2013, he joined the acting company at the Stratford Festival, where he has played in supporting roles in Macbeth, As You Like It and The Hypochondriac (2016). Other roles at Stratford include Fortinbras in Hamlet and Descartes in Christina, The Girl King by Michel Marc Bouchard (2014, dir Vanessa Porteous).

Kirkpatrick was honoured with a 2003 Elizabeth Sterling Haynes Award for his directing of Featuring Loretta, and a Sterling Award for outstanding performance in Measure for Measure.

His lanky frame and droll, ironic articulation are deployed most effectively in comedies, but his range of characterization is considerable.

He currently resides in Stratford, Ontario.