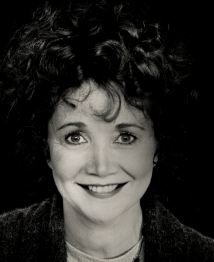 Vivacious actor, born September 17, 1952 in Toronto, who has worked in theatre, film, and television, both in Canada and the United States. Her mother, Kay Griffin, was an actor, and also ran a talent agency.

Lynne Griffin first appeared on Canadian TV in the 1970s, then in the theatre. Her first stage role was in George Bernard Shaws Arms and the Man at the former Bayview Playhouse in Toronto (now a Shopper's Drug Mart).

In the US she performed in Shaw's Man and Superman, Wendy Wasserstein's The Heidi Chronicles, and Jerome Kilty's Dear Liar among many others.

Her extensive television credits include 31 episodes of Wind at My Back from 1997 to 2001, and more recently in Murdoch Mysteries.

She currently lives in Toronto, and has performed in fringe productions with with her husband, Sean Sullivan, including a run in Vinegar Tom by Caryl Churchill.