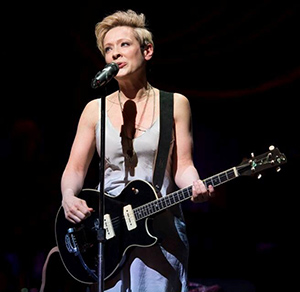 Actor, director, sound designer, Meg Roe was born and raised in Balzac, Alberta, and went to school in Airdrie. Her first stage role was the youngest von Trapp child, Gretl, in a production of The Sound of Music at the Jubilee Auditorium in Calgary.

Roe studied at the University of Victoria, and worked with Theatre SKAM, before returning to Calgary, where she was a company member at Theatre Junction, starring in Much Ado About Nothing, Arcadia, Its All True, Closer, and A Month in the Country. She then worked in theatres across Canada. Notable roles include Penelope in The Penelopiad (Arts Club Theatre 2011, dir. Vanessa Porteous); Marys Wedding (Alberta Theatre Projects 2012, dir. Mark Bellamy); and the title role in Saint Joan (Arts Club Theatre 2014, dir. Kim Collier), which was critically acclaimed by Marsha Lederman in The Globe and Mail: Constrained physically, Roe soars in her performance in the trial scene, evoking anger, terror and righteousness (3 Nov 2014).

In 2003, Roe relocated to Vancouver after meeting Alessandro Juliani, when they played Romeo and Juliet in a Vancouver Playhouse production. Since then, they have often worked together in the theatre: In the Arts Club Theatres stunning production of Onegin (2016), Roe played Tatyana Larin to Julianis Onegin. She was awarded a Jessie Richardson Award for best actress in 2016; and Juliani was named best actor in a lead role.

Roe has also acted on television.

With Juliani, she has worked extensively in sound design for theatre, notably for a number of international productions, such as The Tempest Replica (2010) and Betroffenheit (2015) by Kidd-Pivot dance company under Canadian choreographer Crystal Pite.

Meg Roe and Alessandro Juliani have twin daughter and son, born in 2013, and a second daughter, born in 2015.