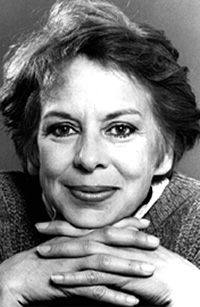 Montreal Quebec-based actor/director/playwright/translator, born in 1944. She graduated from the National Theatre School of Canada in 1968.

Her play, Marina, le dernier rose au joues premiered at Théâtre d'Aujourd'hui (1993, dir. Martine Beaulne), starring Élise Guilbeault. It was published by Actes Sud/Leméac and nominated for a Governor Generals Award in 1995. Translated by Linda Gaboriau as Marina, the Blush of Life, it was published by Playwrights Canada Press in 2008 in Anthology of Québec Womens Plays in English Translation, Volume II (1987-2003), edited by Louise H. Forsyth (Toronto: Playwrights Canada Press, 2006). The play portrays Russian author, Marina Tsvetaeva (1892-1941) as wholly committed to her art, in defiance of politics and history -- returning to Moscow from Paris in 1939, with flashbacks to 1917 as she remembers the terrible hardships of the Revolution, and lost friends and family. Like Jovette Marchessault, Magny has "creatively [written] women into literary history and affirm[ed] women's right to be recognized as creators and seekers after knowledge for themselves and all of humanity" (Forsyth, p. 55). 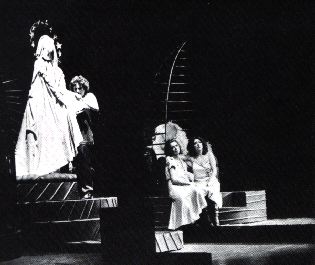