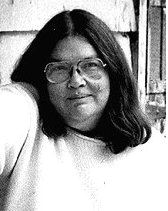 Thriller in two acts by Carol Bolt, premiered at Tarragon Theatre, April 1977, directed by Eric Steiner with Brent Carver and Chapelle Jaffe. It was filmed by the CBC (dir. Allan King) with the same two actors. It was a popular success, and has been produced across the country over one hundred times, including at Festival Lennoxville in 1978, and Belfry Theatre (2002) with updates by the author.

A naive and lonely young woman named Daisy picks up a rangy stranger named Rafe at a bar and brings him home. He tells her a lot of stories about his life (which may be fabrications) while twanging sloppy songs on his guitar. When a friend visits at the wrong moment, all sorts of hideous hell breaks loose.