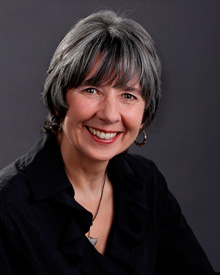 With her husband, Ken Chubb, she founded and was associate director for Wakefield Tricycle Company and the Tricycle Theatre in London, England from 1972-1984.

In Toronto she founded Straight Stitching Productions with Lib Spry in 1989 to create and produce works about the unacknowledged lives of women. She was the runner-up for a Chalmers Award in 1990 for Straight Stitching (about immigrant women in the garment industry) and in 1993 for Carrying the Calf (about women and violence). In 1992 she won a Dora Mavor Moore Award for Outstanding New Play, Theatre for Young Audiences category for Carrying the Calf.

She has also contributed to collective creation projects in the theatre, and written radio scripts for the CBC and BBC.

She was president of the Playwrights Guild of Canada from 2009-2011.