Pioneering theatre company in Toronto, Ontario, founded in 1968 by Jim Garrard at Rochdale College. "Passe Muraille" translates as "beyond walls," or "without walls," speaking to the Company's mandate to create theatre that is open and inclusive, moving beyond the confines of traditional theatre space to reach into the community. Its early controversial production, Futz was performed at the Central Library Theatre. It then located to the Guildhall at Holy Trinity Church courtesy of Reverend Jim Fisk. Since the late 1970s, it has performed in its own space, a converted bakery and stables at 16 Ryerson Ave, an historic site. Garrard resigned in 1969 to teach theatre at Simon Fraser University. Martin Kinch was artistic leader from 1969 to 1971, followed by Paul Thompson in 1972.

Though collective creation was already in wide use throughout Canada (having fuelled many of the productions of George Luscombe's Toronto Workshop Productions/TWP), it was Passe Muraille and Thompson who took the movement and truly ran with it. Within one decade of its founding, the company had produced 22 collective creations and had taken the philosophy all over the country, and brought proponents of the form, such as Codco) to Toronto.

Thompson has been quoted as saying, "I would like to make theatre as popular as bowling," and with collective creation he almost succeeded. With works like The Farm Show, The Immigrant Show and The West Show, the ensemble was sent out into the community to be "presented" and encouraged to record oral histories, anecdotes, jokes and songs for inclusion in the production which was then, often, first presented before the audience it concerned. Many communities saw reflections of themselves in theatre for the first time.

Most importantly, Passe Muraille has and does serve as inspiration to companies across the country: its existence assures that there is an audience and interest in alternative and experimental theatre.

Playwrights who have been involved in the process or who have had works created at Passe Muraille include Rick Salutin, Linda Griffiths, Judith Thompson, Anita Majumdar and Anusree Roy. 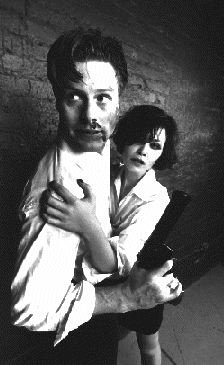 Passe Muraille has also supported works by and about women. In October 2001, it presented an all-female cast in Shakespeare's A Midsummer Night's Dream. Its 2014-15 season featured two one-woman performances: Hooked, enacting the tumultuous creative lives of Myra Hindley, Unity Mitford, Zelda Fitzgerald, Dora Carrington, Elizabeth Smart, Carson McCullers and Jane Bowles, based on poems by Canadian poet Carolyn Smart, and performed by Nicky Guadagni in the TPM Backspace; and R-E-B-E-C-C-A by Sara Farb, based on the playwright's younger sister who was born seven weeks prematurely and diagnosed as developmentally delayed.

Clarke Rogers was Artistic Director from 1982 to 1987. Layne Coleman was Artistic Director from 1999 to 2007. Andy McKim was A.D. to June 2019; his vision was more culturally inclusive: "TPM has a special interest in supporting and presenting independent artists and companies, emerging artists, collaborative and multidisciplinary work, culturally specific and inter-cultural work, and marginal voices" (Website). Marjorie Chan was appointed AD as of July 2019. She intends to exercise the mandate to pass through walls that divide individuals and groups.

In 2016, TPM premiered Elle. Based on a true story, adapted and acted by Severn Thompson from the Governor Generals Award-winning novel by Douglas Glover, Elle enacts the ordeals and adventures of a young French woman deliberately marooned on a desolate island off the coast of Newfoundland in 1542. The play then toured across Canada.