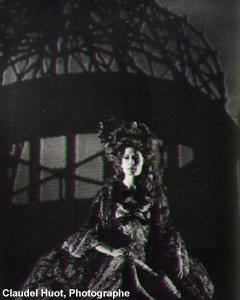 The Seven Branches of the River Ota, 1996, directed by Robert Lepage

The Company serves as a workshop and a theatre research lab for productions mounted by Lepage. It has created and extensively toured works like Plaques tectoniques, Aiguilles et Opium, and Le Polygraphe, but it is probably now best known for the nine-hour (with intermissions) epic, The Seven Streams of the River Ota that was presented around the world.

In 1997, the Company converted a fire station in Quebec City, Caserne Dalhousie, into a state of the art venue and exploration space for dance, film, opera, theatre, and emerging arts technologies.