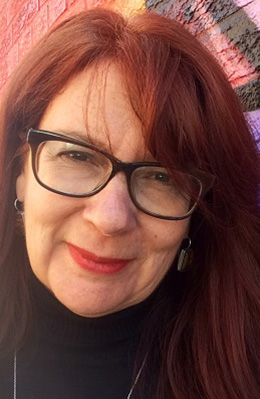 Toronto Ontario-based costume and scene designer for over forty years, with an impressive and varied list of credits in theatres across Canada. Charlotte Dean grew up in Stoney Creek, Ontario, the daughter of Gordon Dean, mayor, and mounted puppet shows in her back yard, acting out Greek plays for a nickel. Inspired by a trip to Stratford to see a play by Shakespeare when she was ten, she became addicted to theatre. She has a BFA from York University.

For Canadian Stage, she designed costumes for The Arsonists (2012), and Doubt, A Parable (2009). She has also designed sets and costumes for Necessary Angel, notably for the premieres of David Young's Inexpressible Island and Glenn (2000); and John Krizanc's Tamara.

Charlotte Dean is a five-time recipient of the Dora Mavor Moore Award. In 2009, she received the Virginia and Myrtle Cooper Award in Costume Design from the Ontario Arts Council.