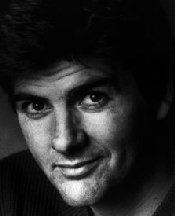 Among the many roles he has played on stage, television and in film, is the lead in One Night Stand (Festival Lennoxville, 1978).