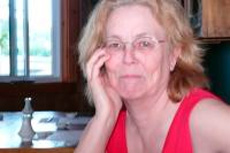 Actor/director/translator/playwright who has been active in the Canadian theatre for over 45 years.

Lib Spry was the artistic director for Ottawa's interactive Passionate Balance (for which she has written several plays including: The Child Care Caper, It's A Rich Life and On The Line) and Toronto's Stitching Productions.

She won the Dora Mavor Moore Award and the Chalmers Award for her 1992 production of Shirley Barrie's Carrying the Calf.

In 1999 she directed Brecht's The Good Person of Szechwan at University of Ottawa. In 2006 Ottawa's Odyssey Theatre premiered her play Bungsu and the Big Snake. Salamander Theatre for Young Audiences toured her new play Playing Robin Hood throughout Quebec and Ontario in 2009. In 2012, she directed Where the Blood Mixes by Kevin Loring for Teesri Duniya Theatre. To celebrate the 25th anniversary of Theatre Kingston, she directed Almighty Voice and His Wife by Daniel David Moses, reprising her role as director for the play when it was first produced there.

She gives workshops in acting, popular theatre and playwriting across the country, and has taught at the University of Ottawa, Queen's and Concordia theatre departments; she presently teaches performance and playwriting at McGill.

She completed an MFA in Creative Writing at Goddard College in 2006.