In its productions, Surreal SoReal Theatre focuses on the unusual and paranormal in new works and established texts, with an emphasis on physical theatre. 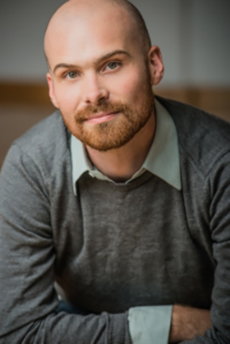 Its first production, Little Room was written and performed by Jon Lachlan Stewart for the Edmonton International Theatre Festival in 2004. It enacts the anger, angst, and sexual fantasies of a teenage boy in the confined space of his room, as he imagines his past and his future through violent physical actions. Stewart reprised the role for the 2011 Edmonton Fringe.

The Surreal SoReal inaugural season in Edmonton was launched in 2010-2011 with Dog and Keeping Peace by Stewart (Living Room Playhouse at Azimuth Theatre), which consider Canada's role in war through the trauma of a soldier in Afghanistan.

Lachlan Stewart and his Surreal collaborators were Catalyst Theatre's 2013-14 artists in residence, and developed The Genius Code, a love triangle where the audience listens on headphones and chooses which of three stories to follow.

As part of the Canoe Theatre Festival, hosted by Workshop West Theatre in January 2015, Surreal SoReal presented a workshop production of Lavinia, which considers the misogynistic inclination of some of William Shakespeares plays. Lavinia puts several of the Bards victimized female characters in a survivor group, where they continue their unfinished stories of sexual violence in the contemporary world.

In 2018, Jon Lachlan Stewart returned to the Edmonton Fringe Festival with Marie Hélėne Bélanger in a wordless production of Macbeth Muet, a sixty-minute visceral, accelerated version of Shakespeare's Macbeth, with two actors and puppets, and a soundtrack of pop and classical music. The physical theatre piece reprises at the Crows Theatre in April 2021.

Surreal SoReal is a bilingual theatre company, and currently based in Montreal. Jon Lachlan Stewart is Artistic Director.