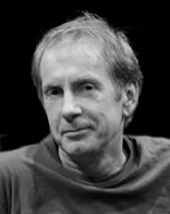 Versatile actor, born in Prince Albert, Saskatchewan, the youngest of seven children and the only son. He received his training in music and acting at the University of Saskatchewan, and graduated with a Bachelor of Music in Performance, majoring in voice. His professor and mentor was Henry Woolf.

Tom Rooney has been a member of the Stratford Festival for twelve seasons. For the 2020 season, he played the Duke of Buckingham in Richard III and Parolles in All's Well That Ends Well. In 2018, he appeared in Napoli Milionaria! and as the devious Tribune Sicineus Velutus in a contemporary interpretation of Coriolanus (dir. Robert Lepage). For the 2017 season, he played an incorrigible Tartuffe, Sir Andrew Aguecheek in Twelfth Night, and Sir Benjamin Backbite in The School for Scandal. In 2016, he played Richard II in Breath of Kings. In 2015, he played the title role of Miguel de Cervantes in Man of La Mancha, and Bela Zangler in Crazy For You. He has also performed in Hamlet.

For the National Arts Centre, he has performed the title role in Hamlet, Thomas Stockmann in An Enemy of the People and Leontes in A Winters Tale.

He also played the central character of Dan in the BeMe Theatre (Munich) production of My Mother's Feet.

Other selected credits include: Hairspray (Mirvish); A Midsummer Night´s Dream and Whos Afraid of Virginia Woolf? (Citadel Theatre 2016--Elizabeth Sterling Haynes Award); Dancing at Lughnasa, The Tempest (Globe Theatre); Othello (Persephone Theatre); Angels in America, and The Glass Menagerie (Theatre Calgary); and many of Shakespeares works for Shakespeare on the Saskatchewan.

He has also appeared in numerous film and television productions, such as: This is Wonderland (for which he received two Gemini nominations), The Gilda Radner Story (playing Gene Wilder), The Day After Tomorrow, and Everest 82 (CBC mini-series).

Whether he's doing Healey or Hamlet or Hairspray, Rooney has one guideline: "You have to figure out how a person thinks and what they want." (Toronto Star 4 Jan 2010). For Rooney, that's a simple decision: "With all characters, I think it comes down to the need to be loved. Every character that's ever been written is just looking for more love in their life.

He married his partner of ten years, Gina Wilkinson in 2010, just before her death of cancer. He is currently based in Stratford.