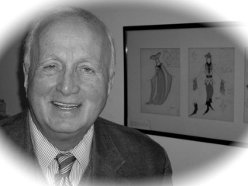 Director/designer/teacher born July 26, 1936, Provost, Alberta; died October 29, 2015 in Long Island, New York. He received his education and training at the University of Alberta and The Neighborhood Playhouse School of the Theatre, New York.

Since graduating from the Playhouse, he maintained a continuous relationship with the school: he was Executive Director from 1981 to 2012, acting teacher, guest designer and director -- including the years when he was Artistic Director of the Woodstock Playhouse, Woodstock, NY (11 years) and Artistic Director of Theatre Calgary (7 years), where he directed the world premiere of Walsh (1973) by Sharon Pollock, as well as The Condemned of Altoona, Streamers, Hamlet and Rosencrantz and Guildenstern (in repertory), Equus, and Jacques Brel to name only a few.

During the course of his career, Harold G. Baldridge directed 200 plays, musicals, industrials and revues. Other credits as director and designer include Broadway, off-Broadway, off-off Broadway and other regional theatres in Canada and the US. He was the lighting designer of credit for the NYC premieres of The Blood Knot and The Toilet and the Slave.

He taught acting at the Banff Centre for the Arts during the 1970s.

He was married to playwright Mary Humphrey Baldridge, with whom he had two children and four grandchildren.