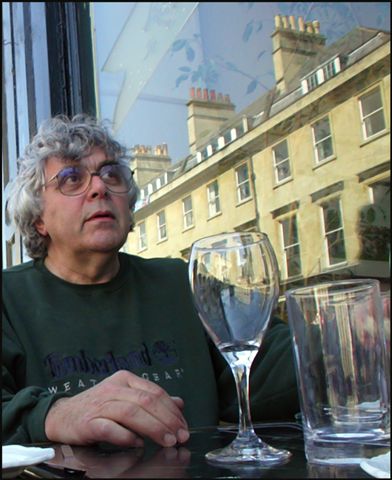 From 1961 to 1967, and 1974 to 1976, he collaborated as resident playwright and dramaturge with George Luscombe at Toronto Workshop Productions/TWP, in seven collective creations and politicized docudramas. Hey Rube! is an acrobatic, backstage look at circus life and the company's first group creation, staged in 1961, and revived several times, most recently in 1983. Before Compiègne (1963) wildly imagines Joan of Arcs final days. The Mechanic (1964) provides a contemporary take on Molière and the commedia dellarte through experimental staging. The Death of Woyzeck (1965) dismantles and reconstructs Georg Büchners fragmentary 1837 play.

Ten Lost Years (1974), developed with musician Cedric Smith from Barry Broadfoot's oral history of the Depression, was one of the most successful plays in Canadian theatre history, playing for three months in Toronto, and touring across Canada for another three months before returning to Toronto for a second run. In 1976 it toured in Europe, and was revived in 1981 for a three-month run.

You Can't Get Here From There (1975) is a critical documentary analysis of Canadian foreign policy during the 1973 Chilean coup, when political refugees seeking sanctuary in the Canadian Embassy in Santiago were denied permission to immigrate to Canada.

Other plays include And They'll Make Peace (1962); The Golem of Venice (1967); Mr. Pickwick (1972); and Letters from the Earth (1973), based on a story by Mark Twain about Satan's sardonic look at the world after his Fall. Winter's last play for TWP was Summer Seventy-Six (1976). An anthology of five of his plays entitled My TWP Plays was published by Talonbooks in 2013.

On freelance commissions he wrote, produced and directed Party Day (1969), which inaugurated the Studio Theatre of the National Arts Centre. It considers the relationship of the arts and nationalism through an account of the history of the annual Nazi party rally at Nuremberg. The Centre (1971) was written for the Ontario Housing Corporation; Waiting (1972) for the Department of Manpower and Immigration; and Family Matters (1988) for Concordia University.

His manuscripts, correspondence, and personal papers are purchased by McMaster University where they are installed in the William Ready Division of the Archives and Research Collections at the Mills Memorial Library.

In 1978 he moved to England where he continues to write for stage, radio, television and cinema production, and extensively for publication.

In 2012 Oberon Press (Ottawa) published his literary memoir, The Tallis Bag. Among other things, it deals extensively with his life and work as a playwright.