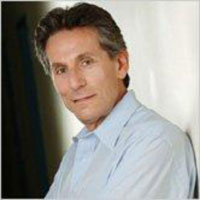 Actor, theatre critic, university professor, born in Cincinnati, Ohio in 1945. Jerry Wasserman grew up in New York City, and graduated with an M.A. in English from the University of Chicago and a Ph.D. from Cornell, specializing in 20th century literature and dramatic literature. In 1972, he came to the University of British Columbia in Vancouver to teach modern British fiction. He developed an interest in Canadian plays in the 1980s while working in Vancouver theatres as an actor. In 1993 he was cross-appointed to the Theatre and Film Department at the University of British Columbia, where he taught theatre history and acting for the camera. He was Chair of the Department of Theatre and Film from 2007-2012. He retired from the university in 2017.

In 1985 Wasserman edited Modern Canadian Plays (Talonbooks), an anthology of twelve post-1967 plays in two volumes, with a critical introduction surveying the history of Canadian theatre, playwright biographies, play analyses, and bibliography. In 2012, the fifth edition of volume I was published with fifteen plays spanning 1967 to 1991. The revised volume II (2013) includes plays from 1992 to 2010. It is now in its fifth edition. The anthology is used widely in university drama and English courses, and has come to define the canon in Canadian drama. Wasserman is also editor of Twenty Years at Play: A New Play Centre Anthology (Talonbooks, 1990); and Theatre and Autobiography: Writing and Performing Lives in Theory and Practice, with colleague Sherrill Grace (Talonbooks, 2006). In 2006, Talonbooks published his compendium Spectacle of Empire: Marc Lescarbot's Theatre of Neptune in New France, which includes the original 1609 French edition of Le Théâtre de Neptune en la Nouvelle-France, Harriette Taber Richardson's 1927 English translation, Eugene and Renate Benson's 1982 translation, and Ben Jonson's The Masque of Blackness (1604), as an example of a court masque produced in England in the same period.

Wasserman has written and lectured widely on Canadian theatre, modern fiction, dramatic literature, theatre history, and blues music. He has reviewed over 1000 plays for CBC radio, The Province newspaper, and elsewhere. He posts reviews and previews on Vancouver theatre on his website, www.vancouverplays.com, which received it millionth visitor in 2014.

Since the 1970s, he has performed with nearly all of Vancouver's major theatre companies, including the Arts Club Theatre, Vancouver Playhouse, Playwrights Theatre Centre, and the UBCs Frederic Wood and the Dorothy Somerset Studio theatres. He has also appeared in over 200 movies and TV episodes. Films include Alive! (1993), and A Dangerous Man; TV series include: The Cold Squad, Madison, and The X Files.

In July 2017, he was inducted into the British Columbia Entertainment Hall of Fame for his significant contribution to the province's entertainment industry and cultural landscape.