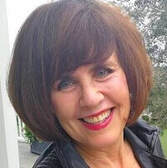 Toronto-based director/actor, co-founder and artistic director of Bulldog Theatre in Montreal. She is a graduate of Concordia University's Fine Arts Department (1971) and was a professional dancer and choreographer in the 1970s, while appearing on stage and in film.

She also played the lead in the company's production of Isaac Bashevis Singer's Teibele and Her Demon (1994) directed by Alexandre Hausvater.

In 2005 Ilana Linden wrote and directed Josefs Daughter, a feature documentary about ageing and mortality that aired nationally on CBCs The Passionate Eye.

More recently, in 2019, she directed The Heidi Chronicles for Alumnae Theatre.