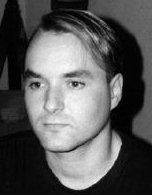 Black comedy in two acts by John Mighton, premiered at Canadian Stage in 1990, directed by Peter Hinton, with set and lighting by Stéphane Droege and costumes by Denys Karn, featuring Oliver Dennis, Bruce McFeem, Richard Greenblatt, Paula Wing and Daniel Brooks. Winner of the Governor Generals Award. It has subsequently been performed across the country and internationally, and filmed by Robert Lepage.

Mighton, a mathematician, engages in a quasi-scientific fantasy here as his central character, George, who lives across time and space, falls in love with the same woman at several times in several ways.

Meanwhile, the police are in a race against time to catch a serial killer who removes the brains of his victims.