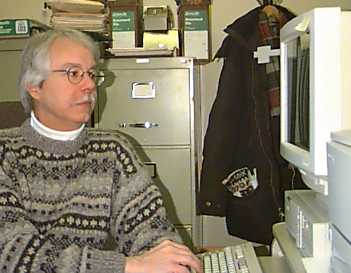 In the mid-70s he taught at the high school level and toured with the New Shakespeare Company (San Francisco). He returned to Canada in 1980 and worked as an administrator and associate producer at Black Theatre Canada (to its closing in 1987). He also served on the board of the Toronto Theatre Alliance. From 1988 to 2008, he was administrator and internship coordinator for the Museum Studies Program at the University of Toronto. He has taught arts journalism for the U of Ts School of Continuing Studies and is currently on the acquisitions committee of Theatre Museum Canada.

His articles and reviews have appeared in a wide variety of publications including Canadian Theatre Review, Theatrum, TDR - Drama Review, American Theatre, The Globe and Mail and The Toronto Star. He is a regular contributor to the internet magazine, Aisle Say.