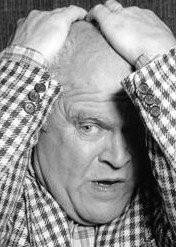 Bilingual actor, born and raised in the Saguenay-Lac-St-Jean region of Quebec. He studed acting as the Actor's Studio in Montreal. Dennis has brought his linguistic versatility to many productions across Canada. He has premiered roles by some of Canada's finest writers, including Michel Tremblay, John Murrell, George F. Walker, David Fennario, and Daniel MacIvor. He has also played the über-everyman on television, film and stage, and his fair share of bumbling cops.

A character actor, Dennis OConnor finds artistic challenges mostly on the stage. His classical roles have included Tartuffe for Théâtre Français de Toronto, and Falstaff in an indie production of Henry IV, Part One. For several summers, he played Leopold Bloom in the James Joyce Bloomsday celebrations in Toronto and Berlin, a role which requires verbal and emotional dexterity. He is most notably remembered for his role as Gaston Talbot in Larry Tremblay's The Dragonfly of Chicoutimi. He created the English language premiere of Michel Tremblay's Narrator in For the Pleasure of Seeing Her Again (Encore une fois, si vous le permettez). In 2010, he performed in disguise room a solo piece written by e. schuhe, for SeeshoplaytrickS, in Berlin, Germany.