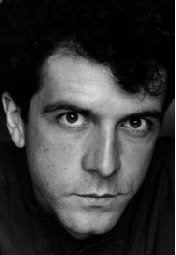 Drama in two acts by Guillermo Verdecchia first produced at Tarragon Theatre, January, 1993 directed by Jim Warren, designed by Glenn Davidson, performed by the author. Winner of the Governor Generals Award and the Chalmers Award. It is published by Coach House Press (1993).

Fronteras Americanas is a monologue about geography, identity formation, and the meaning of "home." It is also an intensely personal interrogation of life of the author. Verdecchia constructs for himself a dual persona: that of the stereotyped "Latino," as perceived in North American popular culture, and that of an immigrant attempting to deconstruct the stereotype. The play resists the objectification effected by naming in terms of race and place through the formation of an "oppositional consciousness" which challenges simplistic assumptions and attitudes. It is also a type of confession that examines personal angst in the context of cultural constructs.

Verdecchia begins his play as the "straight" narrator, celebrating the community that is his audience, "all together" in one place. He then interrogates the meaning of "place," as it is defined by borders that are difficult to cross, and as it defines those who live within these borders. Adopting the persona of a Latino Bandito named Wideload, he aggressively (and humorously) deconstruct the stereotype of the Hispanic, and posits another oppositional stereotype--the Saxon--those whose ancestry is European, in order to effect a change in perspective.

The Verdecchia narrator provides a history lesson on the diaspora of "Latin" peoples, constructing for himself an historical context. He then recounts his experiences when he returned "home" to Argentina. He discovers that he travels as a tourist--an outsider looking in. But he also feels displaced in Canada. He cannot find a place where he truly belongs, except in his dreams. He finally posits a "border zone" in which differences can co-exist: "I am learning to live the border. I have called off the Border Patrol. I am a hyphenated person but I am not falling apart. I am putting together. I am building a house on the border."

Verdecchia performed Fronteras Americanas for Soulpepper Theatre Company in 2011, after a hiatus of eighteen years.