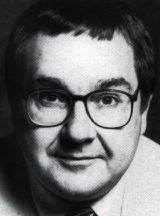 He has played at theatres across Canada, but is probably best known for his performances at the Shaw Festival under Christopher Newton, where he starred in several productions including A Flea in Her Ear, Cyrano de Bergerac and Tons of Money.

Though particularly well-known as a comic actor with crackerjack timing, his performance as Cyrano in Rostand's tragedy received high praise from critics for its careful consideration of the line between comedy and pathos; indeed the role probably best exploited Lamberts' talent for portraying the underdog.

Lamberts has also performed on Broadway (Beauty and the Beast) and won a 1996 Dora Mavor Moore Award for his performance in One for the Pot.