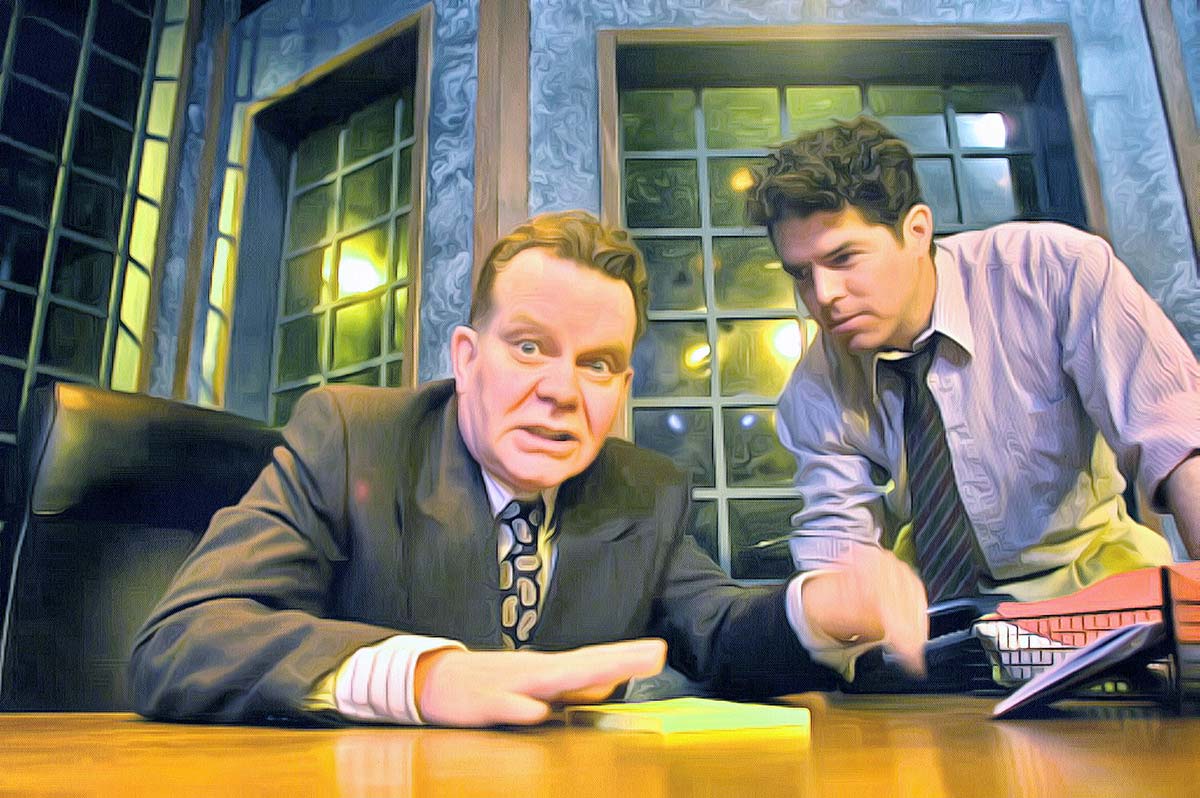 Comedy by Eugene Stickland, premiered at Alberta Theatre Projects playRites Festival in 2002. In 2004 it relocated to Theatre Network in Edmonton (dir. Bradley Moss), with John Wright reprising his role as an oil executive more interested in golf than work, and approaching the drop zone of midlife. Kevin Kruchkywich again played a young landman on the make and the take in the same company. Both have relationship problems: Jacks marriage has over time been reduced to nothing, and Delvecchios live-in has opted out with another guy. Triangular complications are introduced by a new employee, Amber (Medina Hahn), young, nubile, and naïve. She is instantly attracted to the older man, and the younger man is instantly attracted to her. Oblivious to consequences, she invites Jack to a five-hour Japanese movie with six lines of dialogue, to be followed by tea at her place, and oblivious to repercussions, he accepts. His consequent emotional turmoil, and outing by the jealous Delvecchio comprise the play.

The characters in Midlife maximize the conundrums of the eternal triangle. Delvecchio morphs from a virtual stud who seduces women on-line, to an earnest victim of a relationship, to a moralizing mentor, willing to adopt Amber when she realizes that the older man she found so incomprehensibly attractive is no longer attractive after two sleeps because he is too old.

Jacks initial bravado  standing on his large executive desk, centre stage, to hit a golf ball, and delivering a soliloquy on golf  is inevitably deflated, as he slumps in a heap during the unending Japanese film. However, he accepts his fate with equanimity, following a brief upheaval, and returns to the golf course, where he notices his estranged wife, coming to join him for a tee off. The betrayed wife never does actually appear in Midlife however, having been written out of an earlier version.

Midlife takes a satiric poke at land takeovers, the obsession with profit, and the ruthless tactics of capitalism, although it is also very funny.