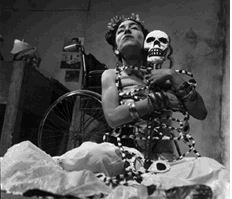 She came to Canada in the 1950s and wrote poetry as she worked in theatre, television, radio and film. In 1978 she moved with her husband, writer/filmmaker David Fulton, to Barcelona, Spain, where she has lived since.

She has written poetry, short stories, and two novels, including a cycle of poems based on her travels in Europe after the Chernobyl disaster. In 1994 she wrote Frida K. for her daughter, actor Allegra Fulton. The play went on to become an international success and may prove to be one of the most important works of both feminist and solo theatre in Canada.

Her new play, Baggage, premiered in Adelaide in 2004 as part of the city's Festival of the Arts.