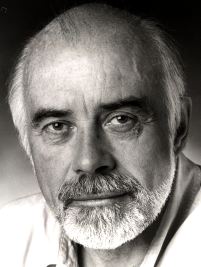 Ontario-based actor of television, radio, film and theatre who works in French and in English. John Gilbert was born in Singapore in 1935.

He has acted on many of Ontario's major stages including several seasons at the Shaw Festival (notably in Shaw's John Bull's Other Island, Caesar and Cleopatra and Fanny's First Play); many productions at the Young People's Theatre (including in A Christmas Carol for which he was nominated for a Dora Mavor Moore Award); at Tarragon Theatre, Theatre Passe Muraille, Stratford Festival (The Taming of the Shrew, Richard III among others); and in French at the Théâtre Français de Toronto.

In 2016, he played Firs in The Cherry Orchard with The Chekhov Collective at Canadian Stage.